Build community and foster connections among your people with our Inspirus Connects platform.

Honor employee service anniversaries and retirements with our curated collection of awards.

Inspirus is a leader in human capital management. Learn more about us.

Stay connected on everything going on at Inspirus and in the HCM space.

CRAY ZAY Is a Good Thang 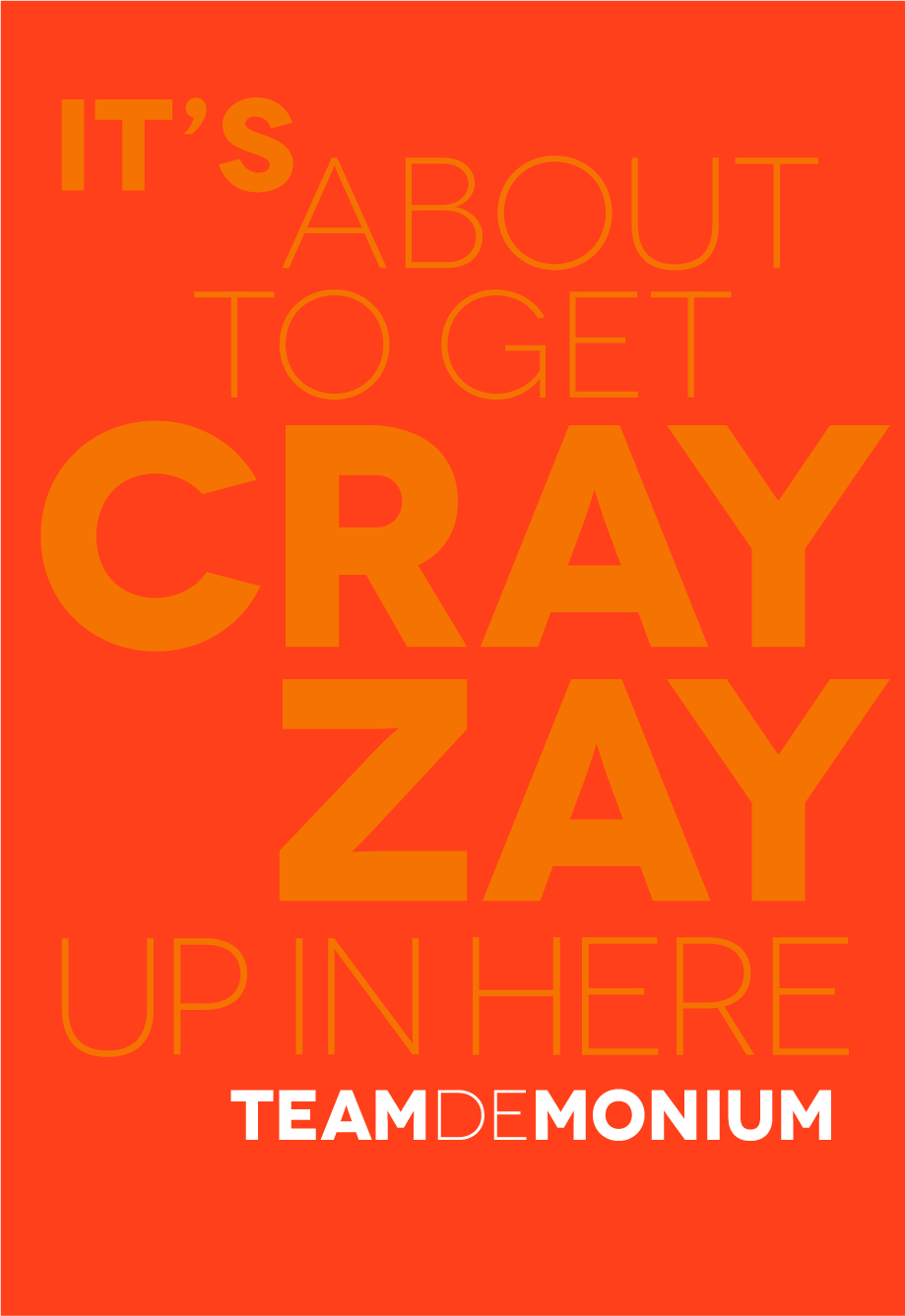 While a lot of companies tap bean counters and organizational gurus to help them streamline costs, increase profits and boost productivity, Inspirus took a decidedly different approach. At noon on April 3, the company launched Team-de-monium, a 24-hour whirlwind of innovation and collaboration championed by the subject matter experts who know our company best—our employees. 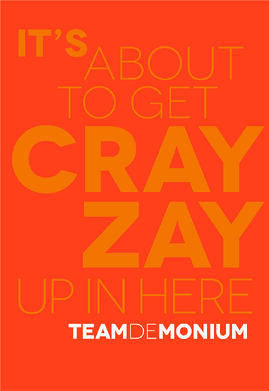 To say the event spawned some strange and unexpected partnerships is an understatement—but as we all know, chemistry is a wonderful intangible. Brightly colored posters and T-shirts emblazoned with the event mantra—“It’s About to Get CRAY ZAY Up in Here”—gave everyone fair notice that unconventional thinking and FUN would be key components of the event. And of course, prizes (gifts, paid time off and a combo of both) for the top three ideas upped the ante.

Twelve teams with monikers like Revenue Junkies, Cha-Ching!, Git’r Done, Chic Dynasty, Creative Stooges, Space Monkey Mafia, Packet Princesses and Laskies Taskies pooled their collective brainpower to tackle problems and challenges they encounter in their everyday work. The only rule: Every idea proposed could be implemented within 45 days of Team-de-monium.

At the end of the event, teams presented an inspiring array of ideas—16 in all—before a panel of business-savvy judges narrowed the field to the top three ideas. Finalists were selected based on four criteria: usefulness, ship-ability, accomplishment and flair. Inspirus employees cast their votes to determine first-, second- and third-place winners.

Modeled after the “Innovation Shootout” first launched by Australian tech companies in 2007, the Inspirus event was proposed by product director Andy Davis. “The event was originally designed to nurture collaboration among our 99 employees, but it has been so much more successful than we imagined,” Davis says. “The level of creative problem-solving and innovation really demonstrates how much value our people add to Inspirus and our customers.

“A lot of companies talk about empowering their employees, but Inspirus has really done it,” says Brad Hancock, director of the Neeley Entrepreneurship Center at Texas Christian University, and one of three judges for the event. “I’ve been around companies for 50 years, and I really mean this, I’ve never seen an organization like this. The teamwork is incredible. There are so many companies around the world that would give their eyeteeth to have a culture like the one at Inspirus.”

Tom Chambers, Inspirus co-founder, and partner and Pete Chambers, the company’s chief executive officer, know their team is special. “Team-de-monium is one of the highlights of my 16-year tenure with Inspirus,” Pete Chambers admits. “Not only were the ideas fantastic, they were well thought out and ready for execution. It reminded me again of the beauty of collaboration, and the reality that the path to excellence is within the organization, not driven from the top. I could not be more proud of our company, and I greatly admire our people.”

Teammates Cheryl Grubbs and Suzanne Pelt—aka Double Trouble—took the coveted top honor with an interactive portal designed to streamline client approvals and speed up the implementation process—an innovation that could boost revenue by significantly reducing onboarding time for new clients. Besides bragging rights, gifts and two days of paid time off for each of them, the women valued the opportunity to make a real difference at Inspirus. “A lot of companies will say ‘Drop your ideas in a suggestion box,’ but nothing happens,” says Grubbs. “This is real. It’s going to happen. IT is already working on it.”

“Being able to work without parameters, have the freedom to partner with whoever we wanted and be able to think of any idea was so cool,” Pelt says.

“In all of my years working, this is the most collaborative effort I’ve ever seen at a company,” Grubbs echoes.

Second-place Team Cha-Ching’s collaboration produced an automated letter system designed to streamline a process that required 20 people and 85 man hours into a one-person, 30-second job that will help the company recover a significant amount of lost revenue. As one of the team members said during the presentation, “Can you say ‘pile o’ money’?”

Third-place Revenue Junkies’ new system for tracking the distribution and redemption of spot award cards will also have a dramatic impact on Inspirus’ bottom line. In fact, there were so many good ideas generated during Team-de-monium that Inspirus leaders decided to give every participant a gift of appreciation.

Addressing his employees during the awards ceremony, chairman and chief executive officer Pete Chambers told the crowd, “It’s the best investment this company can make.”