How to Engage Office Influencers to Promote Your Brand and Values 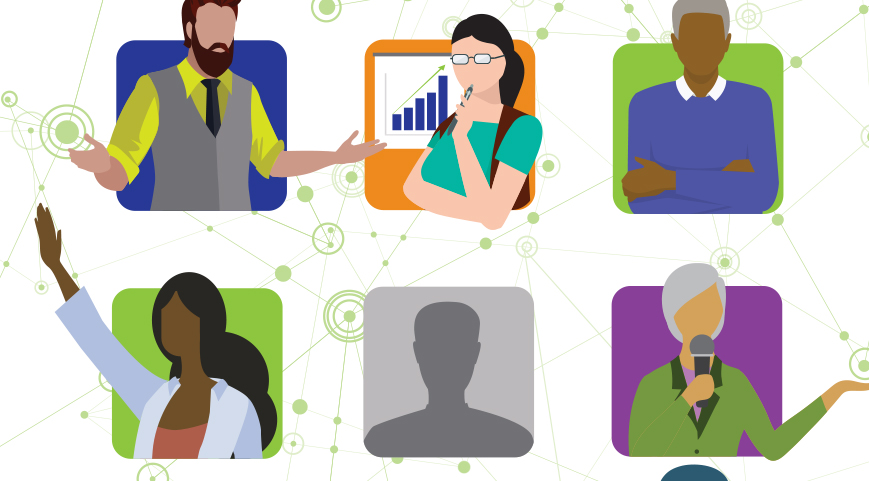 Every company has office influencers. People that other employees turn to for advice and input. Individuals that inspire trust and commitment. Office influencers are those that can catalyze transformation in a team, business unit or an entire organization. Many believe that CEOs are those influencers. However, CEOs don’t have the broad reach that can permeate all levels of organizations. So as you look for office influencers, you will need more than one and at multiple levels; perhaps a cohort. But how do you find them? Once you find them, how can you turn those influencers into employee recognition or engagement program champions and promoters?

An often overlooked influencer with direct connections to nearly every level of the organization is the executive assistant. Flexible, adept at problem solving, connected to decision makers and a source for information and communicating to the broader company, executive assistants are well placed to be an influencer. In the article Finding the True Influencers in a Company, writer Tae Lee remarks that "Administrative professionals are in the unique, and powerful, position of having high levels of involvement in multiple aspects of a company".[2] Fortune magazine divides influencers into “big I” and “little i” influencers. The big being those at the top of the organizational chart. However, it is the “little i” influencers throughout the organization that are most essential as program promoters. A great deal of power resides with those without titles. According to research published in Fortune, these influencers are divided into four groups[3].

The Mentor:Not in a formal mentoring relationship; however, others naturally gravitate toward these trusted influencers for advice and feedback.

Enlist their guidance for: A high-level check of employee viewpoints and prevailing sentiment.

(“high-pots”): Are generally new to the workforce, but display a great deal of potential, energy and ambition. They are on the radar of managers and execs alike.

Enlist their guidance for: Authentic enthusiasm and an untainted outlook on the organization and the possibilities.

Generally a long-standing and experienced employee. These people provide a rich perspective of experience and a realistic outlook on conditions, program initiatives and challenges.

Enlist their guidance for: Real world advice, industry benchmark and examples from previous experience with the company. Such input is helpful if you’re contemplating a significant pivot or a direction that might be controversial.

It could be the admin or the person in charge of culture. This person generally working behind the scenes or unnoticed makes sure that the office runs smoothly; fulfills needs even before requested. Be sure to say thank you or recognize them. They have solutions, savvy and know how to get the essentials done.

Enlist their guidance for: Help, for any matter no matter how big or small.

Finding influencers is challenging, due to the ebb and flow of communication, networks, clout and engagement [4]. But taking the time to find potential influencers that can become great allies and program promoters is worthwhile. The McKinsey Quarterly article, outlines a unique, social science methodology to proactively identify influencers. By using the survey technique "snowball sampling", companies can discover “hidden populations” that may not be as easily discerned by traditional research[5]. Leaders can leverage internal networks and referrals to identify company influencers. Through this method, companies send anonymous one or two question email surveys or paper surveys for non-wired employees asking them to nominate three to five additional employees who they think should take the survey. Knowing that the responses are anonymous, employees are more likely to be candid.

When writing the survey question, be brief and clear in your request. Example questions listed included: “Who do you go to for information when you have trouble at work?” “Whose advice do you trust and respect?”[6] Through asking short questions and requesting nominations, as names are repeated or certain employees are cited as a trusted source, the surveyed network of employees help to uncover organizational influencers.

The McKinsey study revealed that influencers and power doesn’t necessarily follow the flow of the organization chart; and that those at the top of chart/leadership were unaware of and incorrect in identifying who the influencers were in their organization.

By identifying genuine influencers early, you can:

In the early years of developing Sodexo’s diversity and inclusion program, Dr. Rohini Anand, retired Sodexo Senior Vice President Corporate Responsibility and Global Chief Diversity Officer, shared that finding influencers is a critical first step of many for a successful program or implementation. “Driving change requires intentionality, commitment and the ability to influence others and bring them along incrementally towards a clearly articulated vision. Actively identifying and engaging your change agents is something that is important. But equally important is taking the time to understand what is in it for them and building a bridge between your vision and their desires. This can significantly increase your likelihood of turning champions into advocates.”

From Influencer to Promoter

To encourage an influencer to become a promoter, research your audience, have a plan and a communication plan within your plan. Prepare talking points and make any efforts that will help you clearly articulate your vision, your desire for your recognition or engagement program and how company influencers are essential to the realization of the program and, in a larger aspect, the success of the organization.

Provide incentives and reward innovation. The ideal method is for influencers to have a natural, compelling reason to champion your program. In the absence of that agent, appeal to the influencers’ innate sense of competition or desire to be rewarded for their efforts. Although a leader with the responsibility of program success or failure, in most cases, the program or project leader is not viewed as a superior, but rather facilitator. In that capacity, the project lead can incentivize participation and reward contributions and ideas that are aligned with objectives or provide a discernable benefit. When employees become active promoters, they will create a better overall experience, be excited about the company’s mission and will want to share their enthusiasm with others.[10]

Encourage influencers to co-create change. It may be a bit of a cliché, but sell influencers on being the change they wish to see. Whether it is a new engagement program or a learning course on diversity and inclusion, allow influencers to provide input, and help to develop the program you want them to support. This illustrates their value, shows the value for the program and gives them a genuine desire to want to see the program succeed. Their genuine testimonial to their broad network may be just the edge to provide support throughout the organization and increase adoption rates. If over 70% of You Tube subscribers trust influencers over celebrities, imagine the trust your internal influencer network can provide over company spokespeople reiterating or promoting a program handed down or dictated rather than created.[11] People invest more when they are providing an experience.[12]

Your company culture is a rich ecosystem, and you want to ensure that it continues to thrive. The importance of your program be it well-being, D&I or rewards and recognition is vital to that growth. Maintain balance and seek the help of others to develop and strengthen transformation. A large component is ensuring stakeholders, influencers whom you want to become promoters are aware of the importance of the program in terms that matter to them. When communicating or developing talking points about your program to various audiences, know what will resonate with that group. Share how your program contributes to the growth and profitability of the company. Convey how the program is essential to company culture, can increase flexibility, save time or money.

Change isn’t easy and influencers are diverse. What motivates one may be different for another. However, they all want to feel that their contribution will be valued, that you are being authentic and engaging them with excitement and sincerity about your program or change. From stakeholder to a front-line employee, those involved in your program should truly care about the program and its long-term impact.[13]

[2] Executive Summary Magazine, Finding the True Influencers in a Company, 2017.

[4] Opptimo, Discovering the Invisible Influencers Within an Organization.

[7] Think with Google, Why YouTube Stars are More Influential Than Traditional Celebrities, 2016.

[9] Sellbrite, How to Find, Reach Out To , and Work With Influencers (Without Breaking the Bank).

[10] Forbes, Why Engagement is the Key to Turning Customers Into Promotors, 2015.

[12] Forbes, Why Engagement is the Key to Turning Customers Into Promoters, 2015.

[13] Forbes, How to Care for Your Stakeholders for Better Business Health, 2018.